Lignano Sabbiadoro is to become plastic-free. This is the aim on which the tourism managers of the Consorzio Spiaggiaviva Cuore di Lignano and the beach bar operators of Lignano Sabbiadoro have set their sights.

Protecting their regional environment is a matter of the heart for local beach bar operators. Therefore, the beaches of Lignano Sabbiadoro have started a joint initiative to usher in their first plastic-free season. From now on, the beach bars will use bio-degradable cups instead of plastic containers.

With the start of the 2019 beach season, the plastic-free environmental protection concept will be implemented on Italian beaches for the first time. It was developed by the Consorzio Spiaggiaviva Cuore di Lignano. “We decided to anticipate the EU Directive banning single-use plastic items and have worked with great enthusiasm and conviction on making the plastic-free project happen.”, explains the consortium’s president, Donatella Pasquin. The project also aims to convince beach bar operators from the adjacent Veneto region as well as the local bars and fast-food restaurants to do completely without plastics.

Dr Giorgio Ardito, beach operator and one of the Managing Directors of the FVGMarinas Network and of the Marina Uno ADAC nautical base says: “We are starting with the many beach bars where bio-degradable cups will be used instead of plastic containers.” Gradually, plastic bottles – considered to be among the main sources for microplastics in the oceans – are to disappear as well. “We would like to present Lignano Sabbiadoro as the first plastic-free city of the entire northern Adriatic and as the second in Italy after the beaches of Sardinia”, announced Donatella Pasquin.

According to Dr Giorgio Ardito and Donatella Pasquin, the operators of the beach facilities and the managers of bars and restaurants will make a strong commitment to heightening their customers’ awareness to minimise the use of single-use plastics. To promote a sense of environmental commitment among children, too, a corresponding awareness campaign will follow with the participation of the National Institute of Oceanography and Experimental Geophysics (OGS) in Trieste. It may take a while, though, to rid the beaches of cigarette butts and plastic bottles once and for all, because bad habits are hard to break. Even more so since the Gabrielli ordinance prohibits beverages being sold in glass bottles. But a good start has been made. Let the 2019 season begin!

With 20 participating marinas, including the ADAC nautical bases Marina Uno and Marina Sant Andrea, the FVGMarinas Network covers the majority of the marinas in Friuli Venezia Giulia with some 7,000 berths. The network of independent marinas is headquartered at the Darsena San Marco in Grado.

The project is supported by the regional tourism association, PromoTurismo FVG.

In addition to a marketing cooperation, the marina operators are working on the implementation of comprehensive topics. This includes, in particular, the promotion of water sports, ecological issues, such as the protection of the lagoon and waterways, as well as e-mobility. Their main objectives include a free bicycle loan service, e-charging stations, the separate collection of plastic and other waste, as well as the promotion of an environmental awareness among children and teenagers – to which marina customers have responded very favourably. For instance, last year 8 marinas were awarded the prestigious FEE Blue Flag for their exceptional commitment to environmental protection. Consequently, Friuli Venezia Giulia is the region with the highest concentration of Blue Flags anywhere.
Moreover, FVG Marinas is a partner of the Barcolana – the biggest sailing regatta in the world. The network is offering special prices for the regatta. 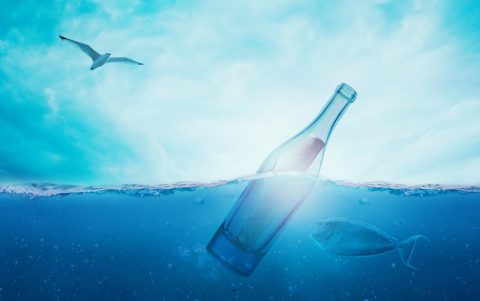