Rising number of orca attacks in the Atlantic Ocean

To date, there has not been a single known case of killer whales (Orcinus orca) attacking humans in the wild anywhere in the world. Nevertheless, the marine mammals – presumably because of their imposing appearance – are also called “killer whales” or “killer whales” in addition to the name “orcas”. The very striking names underline in the general perception the current incidents on the Portuguese and Spanish coasts: since last year, more than 100 incidents have been counted in which orcas have caused major problems, especially to sailing yachts. Fishing boats and ribs were also affected in isolated cases. In some cases the boats were rammed and virtually chased, and in some cases considerable and dangerous damage was caused, such as torn or broken rudder blades. In August, a restricted area was set up off the coast of southern Spain to prevent further accidents if possible; the year before, an area off Cap Finisterre had been affected and closed off.

Skippers and crews report the attacks, describing how the marine mammals suddenly appear in packs, ramming the boat, pushing it around and making it uncontrollable. More and more videos and photos from aboard the affected yachts are appearing on YouTube and other channels.

Many sailing crews are currently very unsettled, scientists are puzzling over the reasons, in many tabloid media the issue is presented very drastically, headlines like “Attack of the killer whales” are not uncommon. Accordingly, the reactions in the social media, where from GPS markings to the shooting of the animals much is demanded. Above all, one reads more and more often the thesis that it is “nature’s revenge” on man.

But what could be the real reasons for so many assaults? But above all, the question arises: how do you react on board when the orcas come?

Video of orca attack near Gibraltar

Possible reasons for the attacks

Descriptions, eyewitness reports and videos often leave the impression of a targeted attack due to the force of the animals, pictures of torn off rudder blades convey the feeling that the orcas would act extremely aggressively and almost hunt the yachts and regard them as enemies. However, it is by no means proven why the incidents are becoming more frequent. The analyses and evaluations of the videos and photos, however, meanwhile lead many marine biologists to the conclusion that this could rather be a playful act of young animals. The analysis of the images and films in the area have shown that it is often always the same populations of orcas – half-strong young animals that give free rein to their play instinct and do not regard the yachts as predators, but as delightful toys. Many marine biologists around the world agree that a targeted attack would be different and, more importantly, would result in more severe damage to boats. Killer whales are intelligent hunters that use very sophisticated strategies. In the Atlantic incidents, meanwhile, the orcas attack almost exclusively from behind, and the rudder blades in particular seem to exert their allure.

During the attacks, the whales are apparently on their way to hunt one of their favorite prey, tuna. Therefore, the locations of the incidents with yachts also correspond to the migratory path of tuna.

Strait of Gibraltar killer whales differ from other subpopulations in the northeast Atlantic based on studies of photo-identification data, mitochondrial DNA, genetic microsatellite markers, stable isotope ratios, and contaminant exposures (Esteban et al. 2016a). This small subpopulation with a small number of sexually mature individuals is heavily dependent on an endangered prey species, bluefin tuna (García-Tíscar 2009) 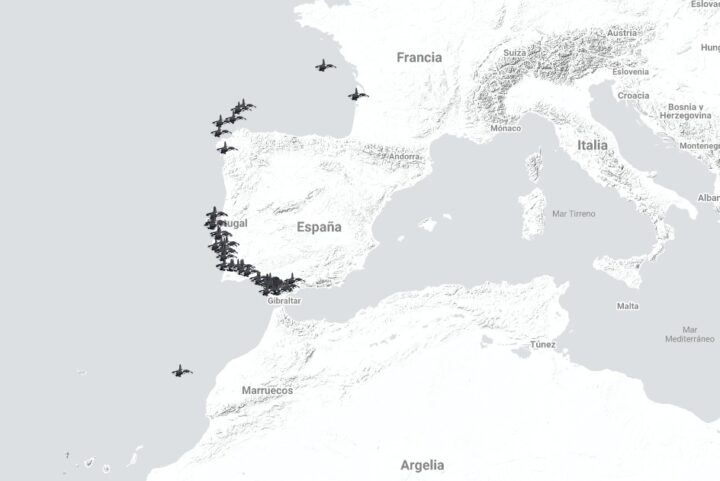 Rules of conduct during orca encounters

The GTOA Working Group has published a safety protocol that provides recommendations for what to do on board should an encounter with orcas occur at sea.

Safety Protocol of the GTOA 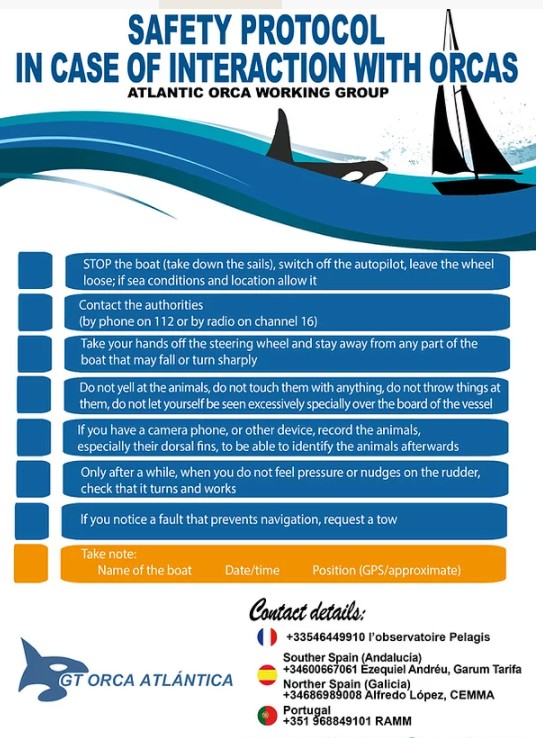 Probably no other type of boat is as widespread as the inflatable boat. The advantages are obvious: from paddle boats, fishing boats, dinghies to highly …
printemail